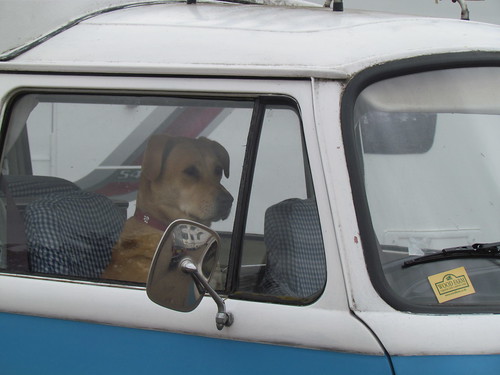 I am not the kind of person that believes in spoiling my dog. Mind you, Duke, my Labrador really does mean a lot to me. However, I am not going to spend $100 a night on one of those fancy pet hotels that gives the dogs massages. And I think a dog in shoes is plain ridiculous. I do not believe that my dog should be better dressed then me. After all, he doesn’t need to be; He gets all the ladies he wants just by sniffing at them. The only thing I really ever spend money on for Duke, besides vet bills, is that home flea treatment. I suppose, however, that this is really more for me than it is for him. Some people make a great big deal about dogs and fleas, but as long as bugs don’t get on me I am fine. Duke never really had a big problem with fleas anyway. I would just buy him a generic dog flea treatment every now and then and he’d be fine.

Anyway, Duke is one of my most favorite pals. I take him just about every where I go. He is the best company in the world just because he never argues with me and he doesn’t hog the remote. I will never forget the trip we took last summer up to Pennsylvania. Duke and I really had a good time. It was a road trip that we took in my old conversion van. For me, this was a very long trip and, besides for Duke, I was traveling alone.

We really had a great time. I took Duke to one of the dog parks up there. I never usually go to dog parks but I wanted to try something different this time. I was surprised that I had to pay for entry, but since it was much cheaper than one of those doggy daycares I didn’t mind. Later that evening we got back on the highway. Now usually Duke is calm when we’re on the road, but this time it seemed like the more I drove the more he scratched and whined. He was going crazy all over the back of the van a few hours after we got on the road. I didn’t know what his problem was so I had to stop and check it out. Turns out that Duke had fleas all over him. Worst was that they were all over the back of the van. For some reason the old dog flea treatment that I normally use hadn’t worked for Duke this time.

He needed a solution quick but I had to go on a little ways further before I got to a store. By that time I don’t know if it was psychosomatic or the fleas were biting me too, but I was itching just as badly as he was. I could barely contain myself when I got to the store. People were looking at me all funny. This time I decided I’d better get something that worked, so I got Frontline for Dogs. They had some kind of on-the-spot treatment and I used it on him and I got a spray for the van.

Let me tell you that this stuff really works. We got rid of the fleas and made it home. Now Frontline Plus for Dogs is the only kind of dog flea treatment that I use. For more information about getting rid of fleas on dogs, have a read of this article on gooddogma.com, it really helped me out a lot.