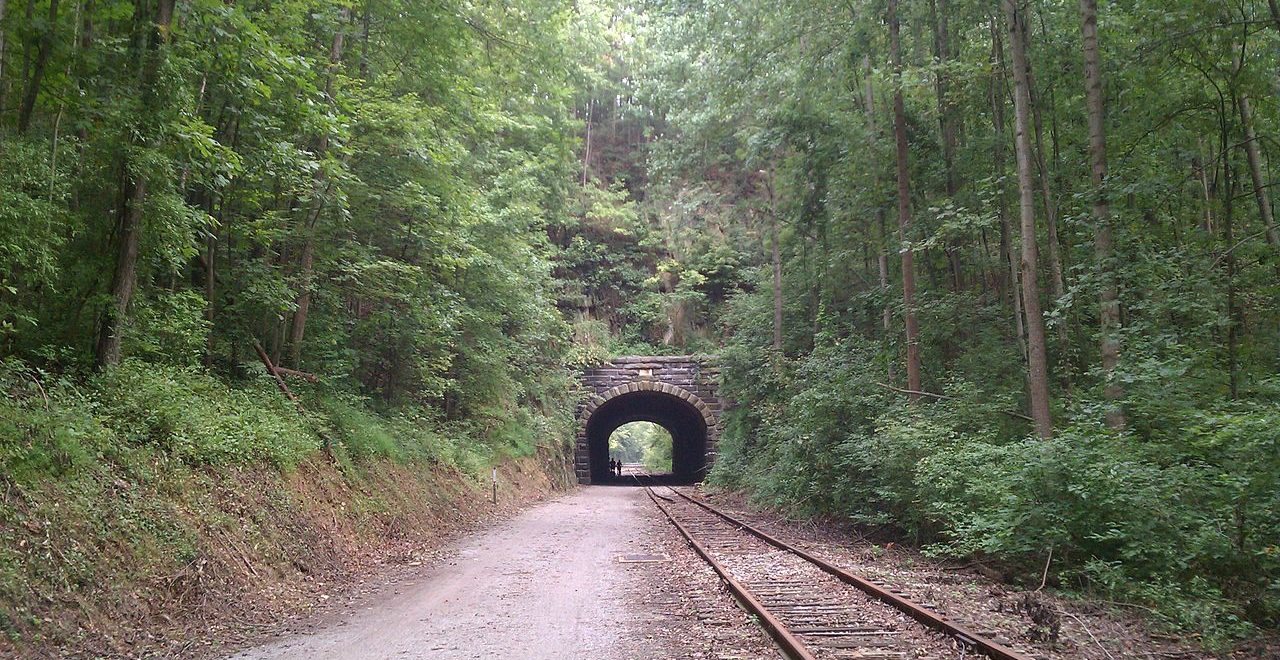 The 21-mile Heritage Rail Trail County Park parallels the Northern Central Railway, a vital link that connected Baltimore and York from 1838 until 1972. York County provides the park as a recreational area for hiking, jogging, biking and horseback riding.

About 5.5 miles south of the Colonial Courthouse in York, the park’s northern terminus, the historic Howard Tunnel sits near Codorus Creek. The 370-foot, brick-lined tunnel originally opened for traffic in 1838 and is the oldest continuously operational, stone arch railroad tunnel in the world. It is listed on the National Register of Historic Places.

For the more adventurous amongst us, there’s always the option of riding from Glen Rock to the Howard Tunnel and back to New Freedom to chase the York 17 4-4-0 steam engine replica back to Glen Rock. Check out the video below for a taste of what that could be like.

In addition to the Colonial Courthouse, two other historic structures situated along the trail are the Hanover Junction and New Freedom Train stations.