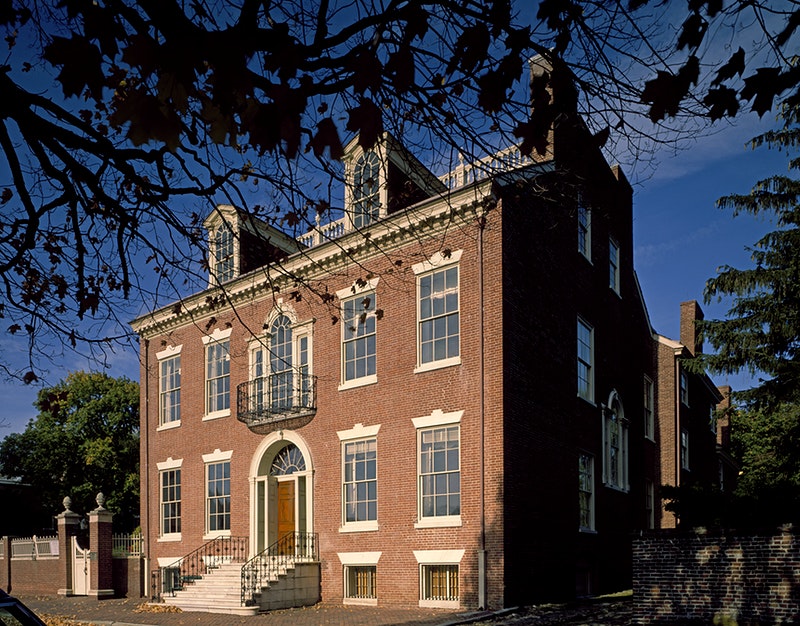 The original was constructed in what is known today as Continental Square. During the American Revolution the Second Continental Congress fled to York for safety and adopted the Articles of Confederation, in which the words “United States of America” first appeared.

Though the original building was torn down in 1841, it was rebuilt in 1976 by the York Bicentennial Commission and sits at the intersection of West Market and Codorus Creek. Like the original, the recreated building is designed in the English-style, Georgian architecture. It features a cupola, end chimneys and a gabled roof.